Urgent statement by the MTS*. Absolute condemnation of the repression of the San Quintin laborers!

For over two weeks the struggle of the workers of San Quintin has captivated the sympathy of millions of workers across the country. Furthermore, even in the United States, dozens of organizations have held protests in solidarity with the honorable struggle of the agricultural workers.

Some videoscirculating online show how the police force entered the neighborhood screaming, “Now you are doomed, we are going to kill you all”. This act of repression took place after the federal and state government had walked away from the negotiating table in refusal to negotiate with the laborers of San Quintin in their on-going struggle for an increase of their day salary to 200 pesos a day (approximately 13 US$)

La Jornada newspaper stated that Luis Enrique Miranda Nava, the sub-secretary of State, never showed up to his meeting with the San Quintin workers, who were trying to meet with him to further the negotiations regarding their struggle. This clearly demonstrates the contempt capitalist governments have for workers. The murder of the San Quintin laborers comes after a long list of repressions in the country, in addition to the disappearance of the 43 students. It is another clear example that workers can’t expect anything good from the PRI, PAN and PRD governments.

The brutal repression left 70 people injured, 7 of them in severe condition. Some newspapers have reported that 3 indigenous people were killed and at least 5 people were taken as political prisoners. Some reports have stated that the police entered the neighborhood with 20 police cars, and an anti-riot tank, using rubber bullets and going house by house violently beating women, children, and workers.

The repression started when the militants of the Alliance of National, State and Municipal Organizations for social justice for the San Quintin laborers (Alianza de Organizaciones Nacional, Estatal y Municipal por la Justicia Social de los Jornaleros del Valle de San Quintín) started to organize themselves and started discussing a strike since the government had not shown up to the negotiating table. One of the landowners of the farm called the police who showed up at 5AM. La Jornada newspaper describes the events as follows: “workers started to notice that their comrades where being chased by the police.

We are calling on all organizations that consider themselves democratic, such as the National Workers’ Union (UNT), the Miners Union, the unions currently in struggle like the National Teachers Coordinator (CNTE), the New Workers’ Center (Nueva Central de Trabajadores), human rights, political and social organizations, and the heroic parents of the 43 missing students, to make important actions to condemn this crime against all of the working class and to urgently push forward and organize a nation wide strike.

At the same, it’s crucial to promptly express our anger with a massive mobilization Wednesday, May 13th at 4pm, from Angel the La Independencia to the Zocalo. From the MTS, we unconditionally defend the rights of the comrade laborers to defend themselves against the police repression. We can’t allow another death from police repression and police violence. An injury to one is an injury to all!

We have to take the word of the San Quintin laborers when they said that no struggle should be left alone, and that it’s necessary to create a united front and call for a National Meeting to coordinate and discuss a unified program and a plan of struggle that corresponds with the intensity of the attacks against the workers. In order for such a meeting to be able to express all the different sectors democratically, it is crucial that the meeting is organized in assemblies, and that every work place, factory, and university, vote on rotating and revocable delegates.

Currently, the New Workers’ Center (Nueva Central de Trabajadores), has called for a protest on Monday, May 11th condemning the repression. From the MTS, we express our solidarity with the protest and will be joining the call from 12pm in the governmental offices of the State of Baja California located in D.F. Long live the struggle of the San Quintin workers! Stop the repression, killings, and police violence against labor struggles! For the unity of all the labor sectors to stop the attack on the workers! ¡Viva la lucha de los jornaleros de San Quintín! ¡Basta de represión, asesinatos y violencia policial contra las luchas! ¡Por la unidad de todos los sectores para enfrentar el ataque! 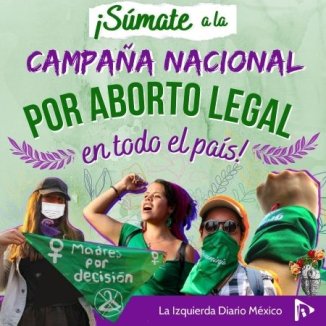 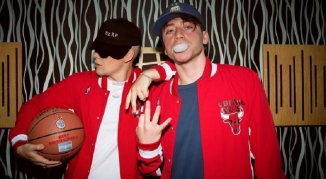